Flag as inappropriate
Description Comments
Looking for Siddhartha Gautama Quotes?? Want to know more about Buddha and Buddhism? Then this is the App for you!

Siddhartha Gautama (Pali: Siddhattha Gotama) was a spiritual teacher from the Indian subcontinent, on whose teachings Buddhism was founded. In most Buddhist traditions, he is regarded as the Supreme Buddha (P. sammāsambuddha, S. samyaksaṃbuddha) of our age, "Buddha" meaning "awakened one" or "the enlightened one."

Gautama, also known as Śākyamuni ("Sage of the Śākyas"), is the primary figure in Buddhism, and accounts of his life, discourses, and monastic rules are believed by Buddhists to have been summarized after his death and memorized by his followers. Various collections of teachings attributed to him were passed down by oral tradition, and first committed to writing about 400 years later.

In Hinduism, he is regarded as one of the ten avatars of God Vishnu. He is also regarded as a god or prophet in other world religions or denominations like the Ahmadiyya Islamic religious movement and the Bahá'í Faith.

This app contains all of Siddhartha Gautama's quotes, and more will be added when found.

Features of app-Browse quotes in sequence by Swiping or randomize by pressing Random button-Easy browsing via Tabs such as All, Authors, Fav, -Easy add/remove to favorites -Quote of Day feature. On start, Quote of Day is random but subsequently user can set any quote to be Quote of Day. -One click share with facebook, twitter, whatsapp, messaging...(basically all the share apps u have on ur phone)-One Click Save to Quote of Day, Wallpaper or to SD Card-Customizable backgrounds, fonts, font colors, font size to suit user preferences

Download this app today and enjoy the inspiration of Siddhartha Gautama & Buddha on your phone!

Note: Locations Permissions are only required for displaying relevant ads by location by Google.

P.S Pls email us if you have any feedback. We look forward to improving the app and letting users enjoy this app. If you like the app, pls give it a good rating!

My spirit flies to you - Monjes Budistas 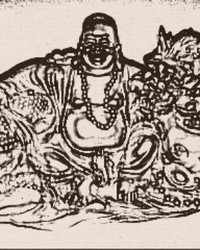