Flag as inappropriate
Description Comments
This app is now optimized for both phones and tablets.

Tip: Try our Kids ABC Phonics FREE first. If you like it (and you will love it), then get this paid version - it doesn't stop at the letter H and offers a child lock.

â˜…â˜…â˜… Preceded by: â˜…â˜…â˜… Kids ABC Letters and followed by Kids Learn to Read. Kids ABC Phonics is the second app in our Reading Curriculum Series.

â˜…â˜…â˜… A few housekeeping notes: â˜…â˜…â˜… âœ° Problems when attempting to download? This is a known issue of the Android Market. Scroll to the bottom of this description for some Google-recommended solutions that work. âœ° Have Suggestions or Issues? Email questions@intellijoy.com and you'll get a prompt response.

â˜…â˜…â˜… "I couldn't get my phone back!" â˜…â˜…â˜… This delightful game invites preschool-aged children to listen and learn the ABCs in ways that enchant them.

â˜…â˜…â˜… What will my children learn? â˜…â˜…â˜… With Kids ABC Phonics, your kids will learn the alphabet letter sounds â€“ guaranteed!

â˜…â˜…â˜… What won't my children learn? â˜…â˜…â˜… Kids ABC Phonics teaches letter sounds and the basics of blending, but does not teach the next step, which is fluency in actual reading. Developing reading skills is a separate educational goal, which is covered in a separate game, called Kids Learn to Read, which was featured at the Google I/O on May 11th. Including in-depth reading skills in Kids ABC Phonics would detract from the focus of this game and make it too complex to invite and delight children.

â˜…â˜…â˜… What activities are included in this game? â˜…â˜…â˜… The game has four wonderfully child-friendly sections.

âžŒ Pop Letter Bubbles. Kids love to pop bubbles. But don't be fooled. By the time children are done with this game, they will know what letter goes with which sound by heart.

âž Make words. While putting puzzles together, kids learn the basics of phonics blending. These skills will be further exercised and expanded in the upcoming Kids Reading game.

Every section is designed so children enjoy success time after time and receive positive reinforcement from the likable lady teacher. So they want to keep learning.

â˜…â˜…â˜… Hey, how did you take the top spots in the Education section? â˜…â˜…â˜… â™¡ Our games are laser focused. For example, the letters game doesn't teach phonics, and the phonics game doesn't teach reading. We keep the games clean and focused but magically inviting and nourishing.

We love to hear from parents â€“ and from children, too. To tell us how we made a difference in your child's education or your sanity level, please rate our app and post a comment.

âœ° Make sure your phone is logged into Google Talk. Redownload the app.

IF STILL UNSUCCESSFUL: âœ° Restart your phone. Make sure there is connectivity. Redownload the app.

Kids In The Way - Phoenix With A Heartache

Faith In The Knife (End)

we eat kids for free 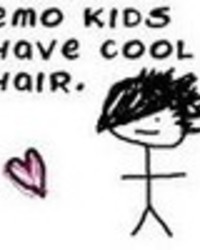