IMPORTANT :The latest update is a bug fix for tablet layout being wrongly used in phone and crashing when navigating. Those who have update to version 0.3.1 and are having the problem, please update. I'm sorry about the inconvenience.

This guide was created as a resource for those who want to learn Japanese grammar in a rational, intuitive way that makes sense in Japanese. The explanations are focused on how to make sense of the grammar not from English but from a Japanese point of view.

This guide is an attempt to systematically build up the grammatical structures that make up the Japanese language in a way that makes sense in Japanese. It may not be a practical tool for quickly learning immediately usable phrases such as for travel. However, it will logically create successive building blocks that will result in a solid grammatical foundation. For those of you who have learned Japanese from textbooks, you may see some big differences in how the material is ordered and presented. This is because this guide does not seek to forcibly create artificial ties between English and Japanese by presenting the material in a way that makes sense in English. Instead, examples with translations will show how ideas are expressed in Japanese resulting in simpler explanations that are easier to understand. 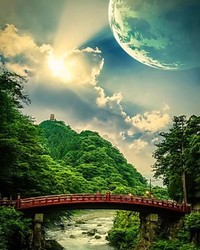 I'll Go With You