Flag as inappropriate
Description Comments
Android 4.0 or later standard devices are recommended to fully enjoy the experience of this game. When installing the game, please make sure you are in an environment with a strong Wi-Fi or 4G connection.

Latest title in the "Dark" series that took the world by storm with the smash hit RPG "Dark Summoner!"
Revolutionizing the world of gaming with epic 3D quests and a user friendly "one-finger" interface!
Experience this world yourself with the lifelike 3D graphics that will take your breath away.

?Compatible Operating Systems:
Android 2.3 or later
* Some devices that have not been confirmed compatible may be unable to download the game.
Gameplay may be slow depending on the play environment.

??? About Dark Rebirth ???
Dark Rebirth is a thrilling 3D quest RPG set in a dark fantasy world. In Dark Rebirth, players make their way through realistic 3D game areas, fighting and foraging as they head toward the epic battle that stands between them and spoils at the end of each quest. Players raise armies, feeding their monsters the life force of monsters they have slain and rare items they have obtained while joining forces with others around the globe to forge ultimate power.

??? Mind-Blowing 3D Boss Battles! ???
With mesmerizing 3D graphics, formidable boss battles, and realistic quest areas, you will find it hard to put down your device once you enter the "Darkness!"

??? More Than 600 Different Monsters! ???
Dark Rebirth boasts a wealth of more than 600 high-quality monsters of various unique styles, including monsters created by world-renowned artists. Updated monsters featured in "Dark Summoner" make an appearance along with a multitude of new and dynamic creatures.

??? Easy-to-Use User Interface! ???
Everything in the game from taking on quests to battling other players can be done with just one finger or thumb!
A game play style only attainable on smartphones!

* The game may not be accessible in certain countries and regions.

* When attempting to load the game in an area with a weak internet connection, it may take several minutes to download and read game data. Please make sure not to close the app before loading has completely finished.

* In certain environments the app may fail to load properly. In this case, please close the app or turn off the device's power and then try to load the app again.

Troll in the dungeon [HD]

I've to do level 70 before server crush down

pee in the dark 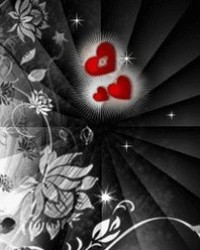