"Thanks to Plants War from GAMEVIL, I can now take the action packed mechanics of League of Legends and DOTA on the go. " -Unbound Gamer

"Plants War is simply an amazing strategic war game. Players will find themselves hopeless addicted to advancing towards the next stage or even trying to obtain another Leafy unlock-able character." - Gameteep

Protect the last source of life on Earth!
Beasts have invaded Dryad Forest. In order to defend their home, the plants of the forest must extract the power of Lake Naiad to become Heroes in this epic battle for land.

Equipped with dazzling 3D visuals, an epic soundtrack and intuitive touch controls, this game will stun any fan of real-time strategy and role playing games.

MULTIPLE HEROES WITH UNIQUE ABILITIES
A wide array of Heroes can be purchased with leaves earned throughout battle. Gain experience, level up and unlock secret abilities!

NORMAL, HARD AND HELL MODES FOR ENDLESS PLAY
Over 40+ (more to come) challenging battle stages for hours of nonstop action!

The Zombies Are Coming! 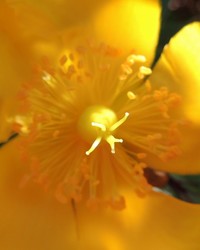 Up Close To Center Of Yellow Flower