Flag as inappropriate
Description Comments
--THIS IS IN BETA (NOT FINISHED), but gameplay is functional--

Stepmania/Tap Tap Revenge style game for the band LOST, though it only includes one song.

Known bug(s):
-Changing from the game window during the 3, 2, 1 countdown and then changing back will cause every note in the song to be missed

Carbon Leaf - Any Given Day

Leaf on the Wind

Destroy The Runner On Falling Leaf 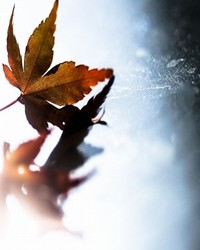